Jacob receives the pharaoh and Giuseppe

3D
Scan The World
2,030 views 62 downloads
Community Prints Add your picture
Be the first to share a picture of this printed object
0 comments

Jacob receives the pharaoh and Giuseppe

Accademia Nazionale di San Luca aims to promote arts and architecture, to honor the merits of artists and scholars by electing them into the academic body, to work for the valorization and promotion of Italian art and architecture.

A year before the Competition Clementino, Giovanni Battista Bernero arrived in Rome thanks to a subsidy of improvement, after completing his apprenticeship at the school of the French artist Claudio Francesco Beaumont. With this relief, Bernero won the second prize of the first sculpture class of the competition Clementino banned in 1766 and that same year, he won first prize at the School of Nude. He stayed in Rome until 1769 by attending artists and scholars of the Cardinal Alessandro Albani circle and continuing his preparation at Ignazio Collino. In 1770 he returned to native Piedmont where he obtained official duties at the Savoy court and the Royal Academy of Turin. In the composition of the central figure of Joseph assumes the pivot of the scene function, while Jacob, kneeling act of blessing the ruler, form an oblique axis that cuts the vertical lines of the background colonnade, in which are arranged the figures of the brothers Joseph and their families in the sloping floors of relief. The clay has a more intense staining of the other reliefs preserved in academic collections, due to a brass powder paint and oil, stretched by the author. 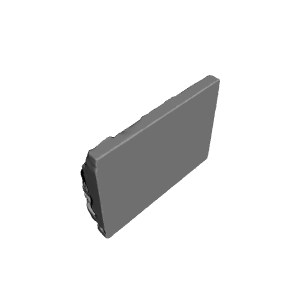