The James Bond book series was created in 1953 by writer Ian Fleming, and focuses on a fictional character, Jame Bond, an intelligence officer in the Secret Intelligence Service, commonly known as MI6. Bond is also known by his code number, 007. Fleming featured him in twelve novels and two short-story collections. This bust is modelled on English actor Danial Craig who plays bond in a number of the film adaptions of the books, such as CASINO ROYALE (2006), QUANTUM OF SOLACE (2008) and SKYFALL (2012). 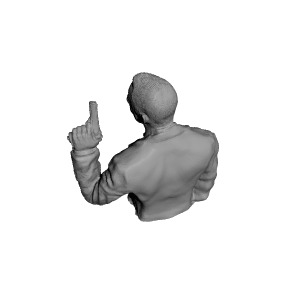