3D
Scan The World
1,038 views 56 downloads
Community Prints Add your picture
Be the first to share a picture of this printed object
0 comments

In 1922, Bourdelle exhibited at the Salon of the National Society of Fine Arts and presented this portrait of Sir Jame Frazer (1854-1941), a British anthropologist and author of the Golden Bough (1890-1915). Sir Frazer was known for his comparative study of religion and mythology. Bourdelle experimente here, as in other portraits, a synthetic treatment of forms and manages to make perceptible intellectual and moral qualities of the scientist. 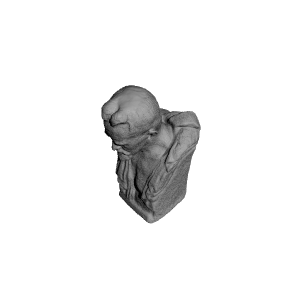