3D
Scan The World
2,012 views 118 downloads
Community Prints Add your picture
Be the first to share a picture of this printed object
0 comments

Schotz made his debut as a portrait sculptor with this bust, showing it in his first one-man exhibition in Glasgow in 1923. He was proud of having modelled MacGillivra in his prime, as a portrait and monumental sculptor of international stature.

James Pittendrigh MacGillivray (1856-1939) was responsible for several of the statues with decorate the exterior of the National Scottish Portrait Gallery's building, including those of Sir Henry Raeburn and David Hume. Schotz later recalled that his opinionated and 'fanatical' sitter had thought highly of the finished bust. 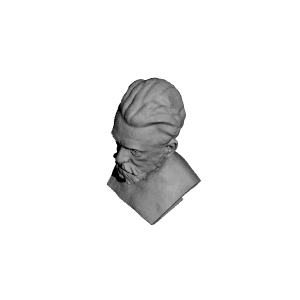