Janiform of a double-faced woman

3D
Scan The World
1,745 views 61 downloads
1 collection
Community Prints Add your picture
Be the first to share a picture of this printed object
0 comments

Janiform of a double-faced woman

This is a Roman copy of an original from 5th-4th century B.C.

A Janiforme is a statue resembling the god Janus, having two faces looking in opposite directions. In ancient Roman religion and myth, Janus is the god of beginnings, gates, transitions, time, duality, doorways, passages, and endings. He is usually depicted as having two faces, since he looks to the future and to the past. 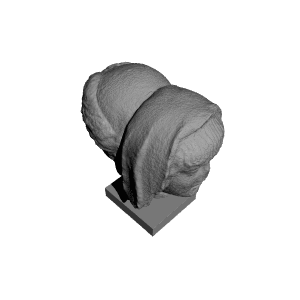