Jason Burying the Dragon a the Louvre, Paris

3D
Scan The World
3,525 views 317 downloads
Community Prints Add your picture
Be the first to share a picture of this printed object
0 comments

Jason Burying the Dragon a the Louvre, Paris

Jason was an ancient Greek mythological hero who was famous for his role as the leader of the Argonauts and their quest for the Golden Fleece. He was the son of Aeson, the rightful king of Iolcos. He was married to the sorceress Medea. Because he belongs to mythology, he may have existed before the Greek Dark Ages (1100–800 BC.) The people who wrote about Jason lived around 300 BC.

Jason appeared in various literary works in the classical world of Greece and Rome, including the epic poem Argonautica and the tragedy Medea. He is also famous for killing the dragon.

This is a larger than life bronze sculpture titled 'Jason burying the dragon' but is also known as 'Apollo defeating the serpent Python'. It originates from Italy from an unknown sculptior at the second half of the XVIth Century. It used to be situated in the gardens of the Chateau de Meudon in the XVIII century, then the park of Saint-Cloud between 1802 and 1872 before being donated to the Louvre. It is attributed to the sculptor Gianfrancesco Rustici (1474-1554). 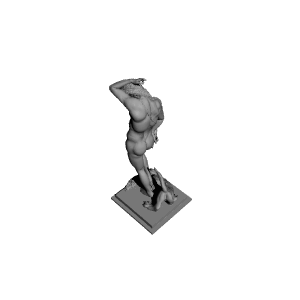 ×
0 collections where you can find Jason Burying the Dragon a the Louvre, Paris by Scan The World