3D
Scan The World
5,080 views 259 downloads
1 collection
Community Prints Add your picture
Be the first to share a picture of this printed object
0 comments

Jean Baptiste Prosper Bressant (1815–1886) was a French actor born in Chalon-sur-Saône, Saône-et-Loire, in 1815. In 1838 he went to the French theatre at St. Petersburg, where for eight years he played important parts with ever-increasing reputation. His success was confirmed at the Gymnase when he returned to Paris in 1846, and he made his debut at the Comédie Française as a full-fledged sociétaire in 1854.

This scan originates from Oliver Laric's initiative 'threedscans'. It is part of an ongoing project by Laric, titled 'Versions', which deals with historical and contemporary ideas relating to image hierarchies. Every model produced by Laric is free to be downloaded and used without copyright restrictions. If you use the models please write to stw@myminifactory.comand contact@threedscans.com 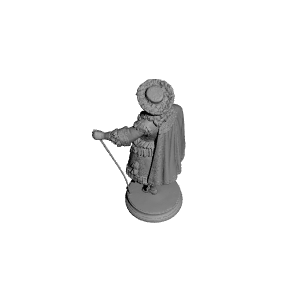 ×
1 collections where you can find Jean Baptiste Prosper Bressant at The Musée Carnavalet, Paris by Threedscans