3D
Scan The World
2,220 views 160 downloads
Community Prints Add your picture
Be the first to share a picture of this printed object
0 comments

Jeanne d'Albret (16 November 1528 – 9 June 1572), also known asJeanne III d'Albret or Joan III, was the queen regnant of Navarre from 1555 to 1572. She married Antoine de Bourbon, Duke of Vendôme, and was the mother of Henry of Bourbon, who became King Henry III of Navarre and King Henry IV of France, the first Bourbon king of France. She became the Duchess of Vendôme by marriage.

She was the acknowledged spiritual and political leader of the French Huguenot movement, and a key figure in the French Wars of Religion. 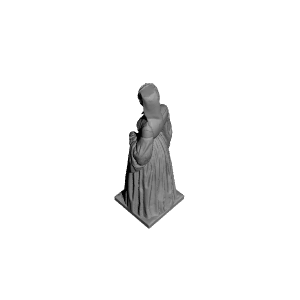 ×
0 collections where you can find Jean d'Albret in The Jardin du Luxembourg, Paris by Scan The World