3D
Scan The World
2,380 views 88 downloads
Community Prints Add your picture
Be the first to share a picture of this printed object
0 comments

Jean-Marie Roland, de la Platière (18 February 1734 – 15 November 1793) was a French manufacturer in Lyon and became a leader of the Girondist faction in the French Revolution, largely influenced in this direction by his wife, Marie-Jeanne "Manon" Roland de la Platiere. He served as a minister of the interior in King Louis XVI's government in 1792. 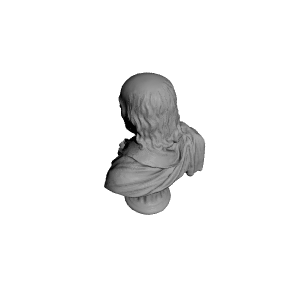 ×
0 collections where you can find Jean-Marie Roland de La Platiere at The Musée des Beaux-Arts, Lyon by Scan The World