3D
Scan The World
3,733 views 236 downloads
Community Prints Add your picture
Be the first to share a picture of this printed object
0 comments

Jeanne Maillotte is a legendary heroine and stands on Belgian People's Avenue. She is the work of Edgar Boutry which was finished in 1935. This legendary character armed with a halberd , together with Saint Sebastian Archers and many residents , including women , have under his heroic conduct , repelled an attack Hurlus Menin , who attempted to occupy the city of Lille, July 29, 1582 . 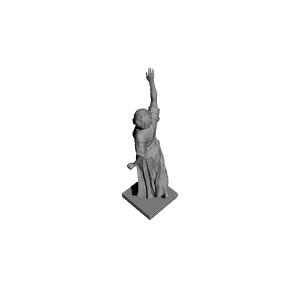 ×
0 collections where you can find Jeanne Maillotte, Lille, France by Scan The World