3D
Scan The World
5,065 views 183 downloads
Community Prints Add your picture
Be the first to share a picture of this printed object
0 comments

Jeremiah James Colman (1830-1898) was a Norwich industrialist, politician and philanthropist. Leading partner i J&J Colman, flour millers and manufacturers of mustard, he was a pioneer of social welfare, opening school for the children of his employees as well as introducing canteens, welfare officers and nurses to look after his employees' wellbeing. He was a liberal MP for Norwich for four decades and served as Sheriff, Mayor, Justice of the Peace, and a Deputy Lieuenant of Norfolk. In 1870 with others he was involved in the launch of the Eastern Daily Press, a liberal newspaper for East Anglia.

He started to collect Norwich School paintings as a young man, and in 1898 bequeathed 20 major works to the Castle Museum. 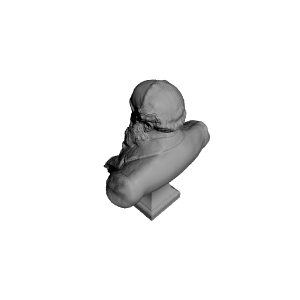 ×
0 collections where you can find Jeremiah James Colman at The Castle Museum & Art Gallery, Norwich by Scan The World