3D
Scan The World
2,453 views 134 downloads
Community Prints Add your picture
Be the first to share a picture of this printed object
0 comments

Jingdezhen is a prefecture-level city, previously a town, in northeastern Jiangxi province, People's Republic of China, bordering Anhui to the north. It is known as the "Porcelain Capital" because it has been producing pottery for 1,700 years. The city has a well-documented history that stretches back over 2,000 years. Jingdezhen's porcelain has been famous not only in China but in time it became known internationally for being "as thin as paper, as white as jade, as bright as a mirror, and as sound as a bell". The late Guo Moruo, a senior official who was also a famous historian and scholar of PRC wrote a poem that says (in translation): "China is well known in the world for its porcelain, and Jingdezhen is the most well-known centre, with the highest quality porcelain in China".

Most Jingdezhen porcelain is valued by collectors of antique porcelain throughout the world. According to media reports, a blue and white porcelain jar produced in Jingdezhen during the Yuan dynasty was auctioned for the equivalent of RMB 230,000,000 yuan in London in 2005. This was the highest price ever achieved by a piece of porcelain. The reason for the high price is experts believe it represents the pinnacle of the development of Chinese blue and white porcelain. 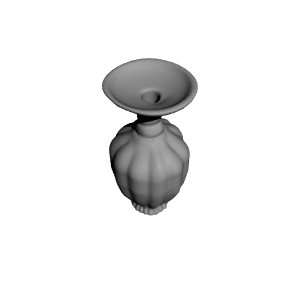 ×
0 collections where you can find Jingdezhen Bottle at The British Museum, London by Scan The World