3D
Scan The World
1,943 views 101 downloads
1 collection
Community Prints Add your picture
Be the first to share a picture of this printed object
0 comments

Jingdezhen is a prefecture-level city, previously a town, in northeastern Jiangxi province, People's Republic of China, bordering Anhui to the north. It is known as the "Porcelain Capital" because it has been producing pottery for 1,700 years. The city has a well-documented history that stretches back over 2,000 years. During the Han Dynasty, Jingdezhen was known as Xinping. Historical records show that it was during this time that it began to make porcelain. Xinping then was renamed Changnanzhen (Changnan Town) during the Tang Dynasty since it sits at the south bank of Chang river. And "china" is translated from "Changnan". In 1004 CE during the North Song Dynasty, it was renamed again as Jingdezhen, taking the era name of the emperor during whose reign its porcelain production first rose to fame.

In the Ming and Qing dynasties, Jingdezhen was considered one of China's four great towns in terms of commercial and industrial importance. The others were Foshan in Guangdong, Hankou in Hubei, and Zhuxian inHenan. "Allegedly, Jingdezhen gave birth to the English name of the country. The ancient name of the town is Changnan.... Way back in time, Changnan was synonymous with ceramics, and over time, foreign ceramics traders made the name sound like “china”. The rest is history."[4] 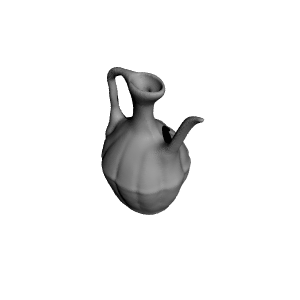 ×
1 collections where you can find Jingdezhen Ewer at The British Museum, London by Scan The World