3D
Scan The World
1,327 views 120 downloads
1 collection
Community Prints Add your picture
Be the first to share a picture of this printed object
0 comments

Johan II Kasimir was King of Poland and Grand Duke of Lithuania during the era of the Polish–Lithuanian Commonwealth, Duke of Opole in Upper Silesia, and titular King of Sweden 1648–1660. In Poland, he is known and commonly referred as Jan Kazimierz. His parents were Sigismund III Vasa (1566–1632) and Constance of Austria (1588–1631). His older brother, and predecessor on the throne, was Władysław IV Vasa.

He was married to Lovisa Maria of Gonzaga. 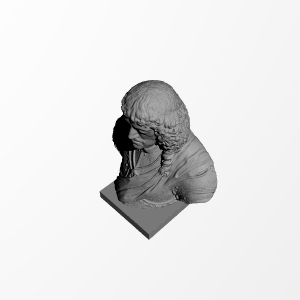 ×
1 collections where you can find Johan II Kasimir by nationalmuseumswe