3D
Scan The World
1,024 views 35 downloads
Community Prints Add your picture
Be the first to share a picture of this printed object
0 comments

John Bright was a Liberal politician in the early 19th century. He campaigned for social and political reform. He was well known as a great speech maker. Lever was also a Liberal and admired Bright's work. A portrait bust of Lever's other great political hero, Gladstone, is shown nearby. 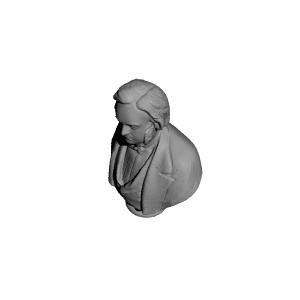