3D
Scan The World
2,589 views 105 downloads
Community Prints Add your picture
Be the first to share a picture of this printed object
0 comments

John Nash (18 January 1752 – 13 May 1835) was a British architect responsible for much of the layout of Regency London under the patronage of the Prince Regent, and during his reign as George IV. Nash was also a pioneer in the use of the Picturesque in architecture. His best-known buildings are theRoyal Pavilion, Brighton, and Buckingham Palace (though the facade facing The Mall is an early 20th-century remodelling by Aston Webb of an 1850s wing byEdward Blore, and thus is not Nash's work).

One of the greatest architects of metropolitan London during the Regency era (c.1810-30), John Nash was a highly original and prolific designer, best known for the neoclassical architecture he used in the Marylebone region of London, notably Regent's Park (1812-27), an impressive complex of rigorously classical buildings. Part of the Picturesque movement, he combined irregular views with Neoclassical structures, making use of the widest variety of styles and urbanistic ideas. In addition, he was among the initiators of the revival of Gothic and Renaissance architecture, Exoticism, and similar styles, that became typical of 19th century architecture in England. His most famous projects included city terraces in London (Royal Mews 1825; Cumberland Terrace 1828; Carlton Terrace 1827-32), major urban structures (Theatre Royal Haymarket 1820), country houses and castellated villas (East Cowes Castle 1798-1802; Ravensworth Castle 1808), and picturesque cottages (Blaise Hamlet 1810-11). He also designed the neoclassical All Souls Church in Langham Place (1822–24), and the gothic-style St. Mary's Church Haggerston (1825–27). His most unorthodox building was the Royal Pavilion in Brighton (1815-22) - a fantastic version of Indian design, with elements of Chinese, Moorish and Gothic architecture. The layout of the West End of London, including Trafalgar Square, St James's Park, and the Royal Mews off the Mall, owes a great deal to his innovative designs and planning. He also worked on Buckingham Palace, although here he was less unsuccessful and after the King's death he lost his royal commissions. 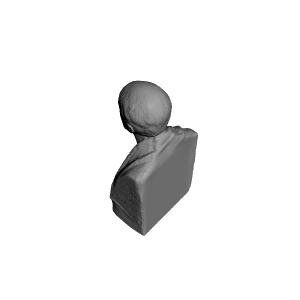 ×
0 collections where you can find John Nash at Langham Place, England by 3DLirious