3D
Scan The World
3,463 views 179 downloads
Community Prints Add your picture
Be the first to share a picture of this printed object
0 comments

John Raphael Smith (1751-1812), a famous printmaker and print publisher, was a patron of the sculptor. He was also deaf, and Chantrey was reported as saying that 'the expression of deafness was conveyed principally by the mouth. If you observe a deaf man's mouth, you will always find the lips unclosed when he is attending to you'.

Although the bust is dated some 13 years after Smith's death, it was probably based on a model made during his lifetime. Smith was to have a significant influence on Chantrey, whom he met when he was an apprentice to a restorer and picture-framer. Later, when Chantrey moved to London, Smith helped by introducing him to potential patrons. 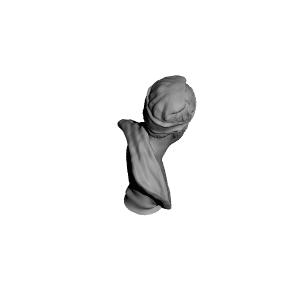 ×
0 collections where you can find John Raphael Smith by vam