3D
Scan The World
2,888 views 90 downloads
Community Prints Add your picture
Be the first to share a picture of this printed object
0 comments

John Rennie (1761-1821) was one of Britain's leading civil engineers, building canals, railways, bridges and improving docks and harbours. This powerful bust was commissioned soon after the official opening of Waterloo Bridge (1817). It was executed in less than five months and exhibited at the Royal Academy to great acclaim in 1818. Alan Cunningham, Chantrey's secretary, praised it as a 'head of extensive capacity and though'. It was sculpted out of marble, signed and dated in 1818 by Sir Francis Leggatt Chantrey (1781-1841). 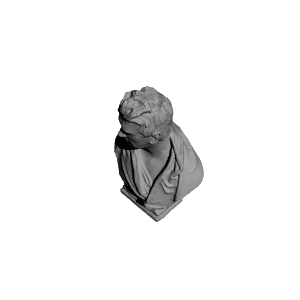 ×
0 collections where you can find John Rennie at The National Portrait Gallery, London by Scan The World