3D
Scan The World
4,707 views 228 downloads
3 collections
Community Prints Add your picture
Be the first to share a picture of this printed object
0 comments

This stone drinking fountain, standing at just over 3 metres tall, can be found in Clissold Park in East London. It was built and erected in 1889 for when the park opened and celebrates the efforts of Joseph Beck and John Runtz who campaigned to save the land for development.
The 19th Century monument was scanned with 40 photographs by Emmy.
This object is part of "Scan The World". Scan the World is a non-profit initiative introduced by MyMiniFactory, through which we are creating a digital archive of fully 3D printable sculptures, artworks and landmarks from across the globe for the public to access for free. Scan the World is an open source, community effort, if you have interesting items around you and would like to contribute, email stw@myminifactory.com to find out how you can help.
Show more Show less
License
Printing Details 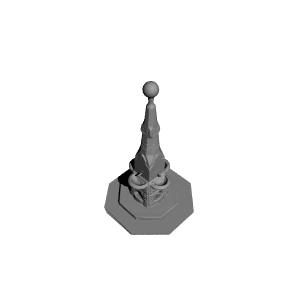 ×
3 collections where you can find John Runtz Memorial Fountain at Clissold Park, London by Scan The World