3D
Scan The World
2,038 views 92 downloads
Community Prints Add your picture
Be the first to share a picture of this printed object
0 comments

Born in Ardrishaig in Argyll, John Smith (1938-1994) was called to the bar in 1967 and entered politics three years later. Smith achieved great success as a formidable parliamentarian. His support for Scottish decolution significantly contributed to the Labour party's subsequent commitment to this policy. In 1988 he suffered a heart attack and considered leaving political life but instead became party leader in 1992. His death, two years later, was greeted with dismay across the party divide. 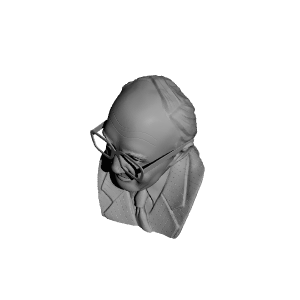