3D
360°
Featured Scan The World
2,406 views 279 downloads
4 collections
Community Prints Add your picture
Be the first to share a picture of this printed object
0 comments

John the Baptist was a Jewish itinerant preacher and a major religious figure in Christianity, Islam, the Bahá'í Faith, and Mandaeism. He is called a prophet by all of these traditions, and a saint in many Christian traditions.

This bust, housed at the Louvre (R.F. 679) was originally considered to have been sculpted by the Renaissance sculptor Donatello but is now widely accepted to be the work of Desiderio da Settignano. 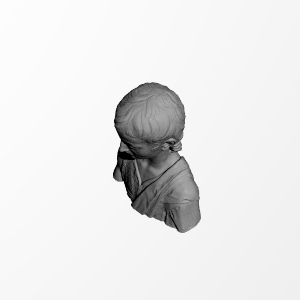