Josias king of Judah, who delivers the money raised to Amasia

3D
Scan The World
2,522 views 100 downloads
3 collections
Community Prints Add your picture
Be the first to share a picture of this printed object
0 comments

Josias king of Judah, who delivers the money raised to Amasia

Josias king of Judah, who delivers the money raised to Amasia Governor of the City [...] to reduce spending in the Temple to its perfect term, and fulfillment [...]

The relief by Pietro Bracci, Roman artist, is treated in a more dynamic and expressive, although less refined, than the interpretation of Della Valle. The bas-relief figures emerge from the bottom in a more precise manner while the abundant draperies are made with deep folds and sharp contrasts of light, also typical of marble works of the sculptor. Bracci, adhering to the late-baroque language, after an initial apprenticeship continued his studies with Giuseppe Chiari and then with Camillo Rusconi. In 1724, a testament to its refined culture, came in Arcadia under the name Gisilio Niddano and March 6, 1740 he was admitted as an academic merit to San Luca, in 1756 also covering the office of Prince. 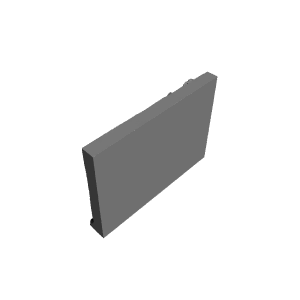 ×
3 collections where you can find Josias king of Judah, who delivers the money raised to Amasia by Scan The World