3D
360°
3,012 views 258 downloads
4 collections
Community Prints Add your picture
Be the first to share a picture of this printed object
0 comments

As a sculptor and architect, Georg Raphael Donner was one of the leading personalities of the Austrian Baroque. Although he spent his formative years in Vienna in the workshop of the goldsmith Johann Kaspar Prenner, and later worked alongside the German sculptor Balthasar Permoser in Dresden, his highly individual style was deeply influenced by Italian art. Between 1728 and 1739 Donner was in Pozsony (now Bratislava) as court sculptor and director of building works for Imre Esterházy, the Prince-Archbishop of Esztergom and Primate of Hungary, a significant patron of the period. At the court of Esterházy, Donner created his most important works, including the high altar of St Martin’s Cathedral, completed in 1736.
This relief depicts the Judgement of Paris. According to the myth, Juno, Minerva and Venus competed for the apple of Eris, which bore the inscription ‘for the fairest one’. Paris, the handsome prince of Troy, chose the winner: he gave the apple to Venus, goddess of love, and in return he won the love of Helen the fair, and unwittingly set the Trojan War in motion.
The pair to the relief Venus in the Forge of Vulcan represents the mythological story in which Venus visits Vulcan in order to ask for divine arms for Aeneas, her son by Anchises, the heroic protector of Troy.
The two Budapest reliefs are (see also inv. no. 5379) made of an alloy of tin and lead, which has the disadvantage of being heavy, but is easier to work with after casting. This is perceptible in the details of Vulcan’s forge as well as the capitals of the columns of the round temple in the Judgement of Paris. 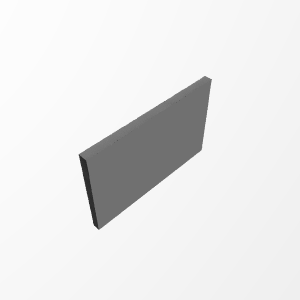 ×
4 collections where you can find Judgement of Paris by artsomnia.art