3D
Scan The World
4,026 views 279 downloads
Community Prints Add your picture
Be the first to share a picture of this printed object
0 comments

The breastplate resting by the support of the statue indicates that the person depicted in this heroic style nude is a warlord. The identity of the head, similar to a portrait of Julius Caesar, could be of heroic-style representation of an emperor or governor. The attitude of the person derives from an original Greek of the fifth century BC, The Diomedes by Kresilas (ca. 430 BC). 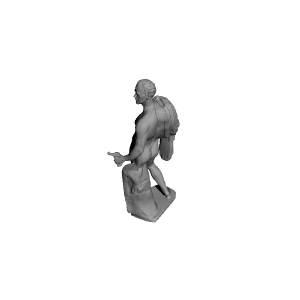 ×
0 collections where you can find Julius Caesar Borghese at The Louvre, Paris by Scan The World