3D
360°
Scan The World
1,248 views 77 downloads
Community Prints Add your picture
Be the first to share a picture of this printed object
0 comments

The three antique sculptures have belonged to Nicolaas Rockox (1560-1640), mayor of Antwerp. Rockox was a friend of Peter Paul Rubens, who drew the herm in the middle for a series of prints of ancient authors and philosophers. The identification of the portrait-herm as the Greek orator Demosthenes has proved to be wrong. Instead, it portrays the poet Anacreon. The busts were bought by Queen Kristina and came to Stockholm around 1650. 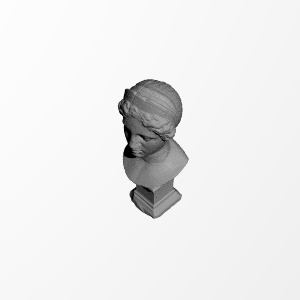 ×
0 collections where you can find Juno by nationalmuseumswe