3D
360°
Scan The World
1,505 views 77 downloads
Community Prints Add your picture
Be the first to share a picture of this printed object
0 comments

This is an early 3rd Century AD copy of a Greek original of the 3rd-1st Century BC.  Originally he would have held his attributes: a scepter and a thunderbolt. The colossal god towers over his mortal observers.

The inspiration for this image of Jupiter was a Greek sculpture of the 430s B.C., the monumental gold and ivory statue of Zeus created by the sculptor Pheidias (active 470-420 B.C.) for Zeus's temple at Olympia. Pheidias's Zeus was renowned in antiquity; as one of the Seven Wonders of the Ancient World, many ancient writers praised it and numerous sculptors copied it. 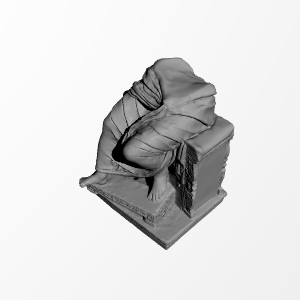