Kālī (/ˈkɑːli/; Sanskrit: काली), also known as Kālikā (Sanskrit: कालिका), is a Hindu goddess. Kali is one of the ten Mahavidyas, a list which combines Sakta and Buddhist goddesses.

Kali's earliest appearance is that of a destroyer principally of evil forces. She is the goddess of one of the four subcategories of the Kulamārga, a category of tantric Saivism. Over time, she has been worshipped by devotional movements and tantric sects variously as the Divine Mother, Mother of the Universe, Adi Shakti, or Adi Parashakti. Shakta Hindu and Tantric sects additionally worship her as the ultimate reality or Brahman. She is also seen as divine protector and the one who bestows moksha, or liberation. Kali is often portrayed standing or dancing on her consort, the Hindu god Shiva, who lies calm and prostrate beneath her. Kali is worshipped by Hindus throughout India. 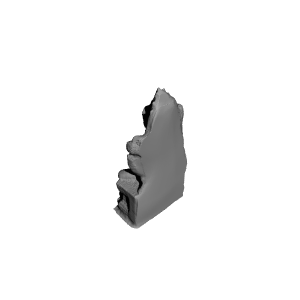 ×
0 collections where you can find Kālī by Scan The World
×
Louise Krasniewicz
@LouiseK
1
Printed on: MakerBot Replicator 2
Material: PLA
Posted at: 16th June 2019