3D
Scan The World
2,377 views 117 downloads
Community Prints Add your picture
Be the first to share a picture of this printed object
0 comments

Charles Buls or Karel Buls (13 October 1837 – 13 July 1914) was a Belgian politician and mayor of the City of Brussels. harles François Gommaire Buls was born in Brussels as the son of a goldsmith from the region of Mechelen. Buls received an artistic education, and spent a year in Paris, and nine months in Italy, studying fine arts. He also learned several languages including English, German, and Latin. He followed in his father's footsteps and worked as a goldsmith.

In 1862 he became a Freemason in "Les vrais amis", and in 1871 joined "La libre pensée". At the same time, he was a member of "de Veldbloem" and "Vlamingen vooruit", two Flemish organisations of the Flemish movement. Together with his brother in law, Leo Van der Kindere, the later mayor of Uccle, he became a "flamingant".

This bronze sculpture was created by Belgian sculptor Henri Lenaerts. 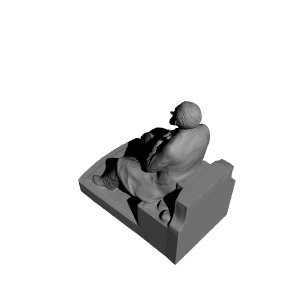 ×
0 collections where you can find Karel Buls in Brussels, Belgium by Scan The World