3D
5,214 views 68 downloads
Community Prints Add your picture
Be the first to share a picture of this printed object
0 comments

"Kilroy Was Here", an American phrase popularized in WWII and at some point merged with a British drawing of "Chad" or "Mr. Chad". The exact origins of the drawing are unclear, and older than probably any iPhone user.  There was a time when this graffiti was commonly seen; not so much any more.  So here's an attempt at revival.  Who wouldn't want this guy staring out of their phone?  "Wot, no char?" 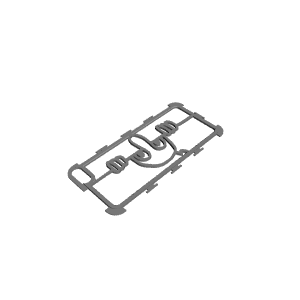