3D
Scan The World
1,835 views 123 downloads
Community Prints Add your picture
Be the first to share a picture of this printed object
0 comments

Displayed in Ghent's Citadel Park, a city in Belgium. Baudouin is depicted standing with his hands folded from behind. He was reigned as the fifth King of the Belgians, following his father's abdication, from 1951 until his death in 1993. He was the last Belgian king to be sovereign of Congo. 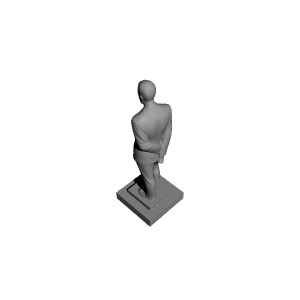