3D
Scan The World
1,547 views 113 downloads
Community Prints Add your picture
Be the first to share a picture of this printed object
0 comments

George III (George William Frederick; 4 June 1738 – 29 January 1820) was King of Great Britain and Ireland from 25 October 1760 until the union of the two countries on 1 January 1801, after which he was King of the United Kingdom of Great Britain and Ireland until his death in 1820. He was concurrently Duke and prince-elector of Brunswick-Lüneburg ("Hanover") in the Holy Roman Empire before becoming King of Hanover on 12 October 1814. He was the third British monarch of the House of Hanover, but unlike his two predecessors, he was born in England, spoke English as his first language, and never visited Hanover. 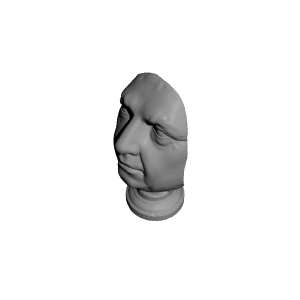 ×
0 collections where you can find King George III by AnatomicalMuseum