3D
Featured Exclusive
20,363 views 584 downloads
2 collections
Community Prints Add your picture
Be the first to share a picture of this printed object
6 comments

This clever little device is a simple but powerful tool in the combat against inconsiderate people reclining thier seat, on an aeroplane, so far that you are breathing on their bald spot. invented by Ira Goldman in 2003, the defender only got real attention when a fight broke out on a flight which had the plane diverted. The contriversial product is attached to the back of an airline seat, preventing the person in front of you from reclining. As seats on flights continue to shrink, the battle for space in the sky is becoming more acrimonious by the day.

this product was printed with 15% infill, 0.2mm resolutiom 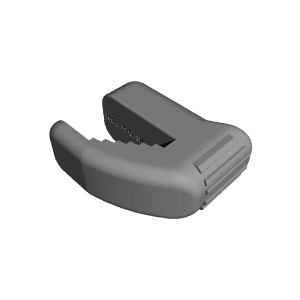 ×
2 collections where you can find Knee Defender by Kirby Downey