3D
360°
Scan The World
1,508 views 128 downloads
2 collections
Community Prints Add your picture
Be the first to share a picture of this printed object
0 comments

Eudald Serra i Güell (1911-2002), a sculptor and ethnologist. An important surrealist sculptor, he formed part of the post-war Catalan artistic avantgarde as a member of the group ADLAN (Amics de l’Art Nou, Friends of New Art). He had studied at Llotja Arts and Crafts School in Barcelona, where he was taught by Àngel Ferrant. In 1935, he left for Japan, the country where he began working on ceramics with Hamada Shoji. He held numerous exhibitions that earned him various accolades. He lived there until 1948. His interest in cultures was aroused during the trip he had taken to Hokkaido Island in 1947, at the service of the United States army, in the course of which he began to model busts of the territory’s original inhabitants, an activity that he defined as artistic anthropology and was a constant on all of his trips. In 1949, and back in Barcelona, he met August Panyella and began collaborating with the museum. Then he met Albert Folch. He developed a great friendship with both of them.

Serra worked with ceramist Llorenç Artigas, formed part of the Altamira School avant-garde group and won the Prize for Sculpture at the 1st Hispano-American Biennial of Art in 1952. His work can be found in different public spaces across Barcelona, in various museums, and on the façade of the Ethnological Museum of Barcelona building. Serra also taught, an activity that he gave up when he became the conservator responsible for Albert Folch’s collections.

He collaborated with the museum by taking part in various expeditions with August Panyella and going on several reconnaissance trips alone in order to prepare for future expeditions, during which he acquired objects for the museum’s holdings, which were funded by Barcelona City Council. He undertook other expeditions with Panyella and Albert Folch, or only with the latter. In the case of expeditions paid for by Folch, he was in charge of preparation and planning. He did the preliminary reconnaissance work by travelling in advance to the different destinations, and selecting and buying objects. His approach to the objects stemmed from a motivation other than strict anthropology or ethnography, and he always relied on premises of artistic experience. He published several works, some with Folch. On Albert Folch’s death, he was appointed director of the Folch Foundation. 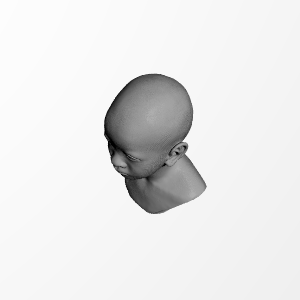 ×
2 collections where you can find Korean by Scan The World