Kouros at The British Museum, London

3D
Scan The World
2,931 views 117 downloads
Community Prints Add your picture
Be the first to share a picture of this printed object
0 comments

Kouros at The British Museum, London

Despite its earlier date the modelling of this kouros (youth) is softer than others of its time period. Rather than acting as a visible grave marker like many other Greek kouroi, this figure was found in the subterranean entrance way of a tomb and was perhaps intended to be a guardian figure. Very few marble statues were imported to Cyprus at this time and this is the only example of a Greek kouros. It was made around 510-500 BC. 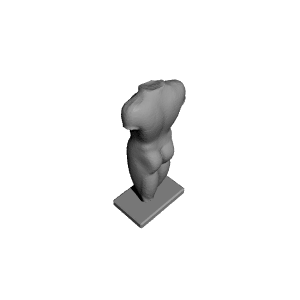 ×
0 collections where you can find Kouros at The British Museum, London by Scan The World