3D
Scan The World
2,958 views 235 downloads
1 collection
Community Prints Add your picture
Be the first to share a picture of this printed object
0 comments

This carved relief depicts the famous Biblical scene of the Crucifixion of Christ.

Crucifixions and crucifixes have appeared in the arts and popular culture from before the era of the pagan Roman Empire. The crucifixion of Jesus has been depicted in religious art since the 4th century CE.

Originally this relief was located somewhere in Strasbourg. 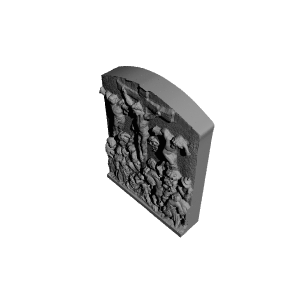