3D
5,259 views 234 downloads
2 collections
Community Prints Add your picture
Be the first to share a picture of this printed object
0 comments

Kylo Ren was first revealed in the first teaser trailer for Star Wars: Episode VII The Force Awakens on November 28, 2014.[4] Ren's name was revealed by Entertainment Weekly in an exclusive trading card.[2] He also appeared in the second teaser trailer,[5] and will appear on all The Force Awakens merchandise.[6] On May 4, 2015, it was confirmed by video footage released by Vanity Fair that Kylo Ren is portrayed by Adam Driver

The mask was done in 3dstudio max and zbrush for the final touch, the black hood was done in zbrush by a single sphere 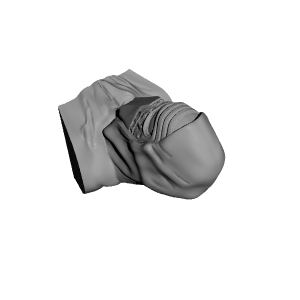 ×
2 collections where you can find kylo ren bust by Stefanos