3D
Scan The World
4,250 views 140 downloads
Community Prints Add your picture
Be the first to share a picture of this printed object
0 comments

This marble bust inscribed Henrietta Finch and dated 1741 is a variant of one thought to be of Lady Elizabeth Finch by Louis Francois Roubiliac at Kenwood, London, formerly dated to c.1745. Because the present marble is a lesser copy of the Kenwood sculpture, it is likely that the Roubiliac at Kenwood in fact dates from slightly earlier than previously thought, probably around 1740. The present bust was formerly thought to be a portrait of Lady Henrietta Finch, Lady Elizabeth's sister, hence the inscription on the back of the integral socle. However it is possible that it was in fact executed by Henrietta, who is shown apparently with a bust on a modelling table in a family portrait of the early 1730s now at the Yale Center for British Art, as if she herself was a practising sculptor. This would mean that the inscription was a signature, rather than one identifying the sitter. As such, it is an extraordinary instance of a marble sculpture by an eighteenth-century woman sculptor in Britain. It is also an interesting example of a copy, and reflects the idea of multiples in sculpture, which was prevalent in the 18th and 19th centuries. The acquisitionof this bust by the V&A means that it joins other busts of members of the Finch family already in the collection.

This is an exceptionally interesting portrait bust, since it is one of the earliest British sculptures made by a woman. It is a copy of a marble portrait bust of Elizabeth Finch by the great 18th-Century sculptor, Louis Francois Roubiliac. Henrietta and Elizabeth Finch were sisters. 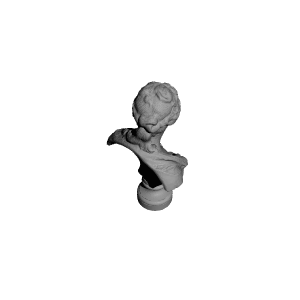 ×
0 collections where you can find Lady Elizabeth Finch by vam