3D
Scan The World
2,789 views 383 downloads
1 collection
Community Prints Add your picture
Be the first to share a picture of this printed object
0 comments

It is the most significant part of Lambeth Town Hall, also known as Brixton Town Hall is the head office of the London Borough of Lambeth on Brixton Hill and Acre Lane, Brixton, London SW2. It is a Grade II listed building, built in 1908, and designed by Septimus Warwick.

The foundation stone was laid on the 21st July 1906, and the building was officially opened by King George V and Queen Mary (then Prince and Princess of Wales) on the 29th April, 1908. 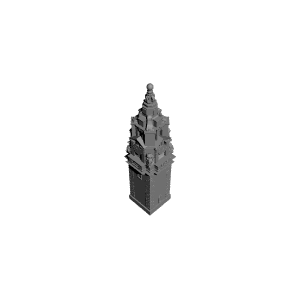