3D
360°
2,581 views 247 downloads
3 collections
Community Prints Add your picture
Be the first to share a picture of this printed object
0 comments

This inspiring monument on Gellért Hill, by sculptor Nandor Wagner, consists of eight bronze statues. The five figures (Abraham, Echnaton, Jesus, Buddha and Lao Tse) around the center symbolize different cultures and religions from around the world. The others (Mahatma Gandhi, Daruma Taishi and Saint Francis) are people from different times and cultures who influenced spiritual enlightenment. The composition shows the development of human kind and aims for a better mutual understanding.

Three complete sets were cast, one for Japan, one for Hungary and one for the USA. The statues presented to Hungary were unveiled in 2001. 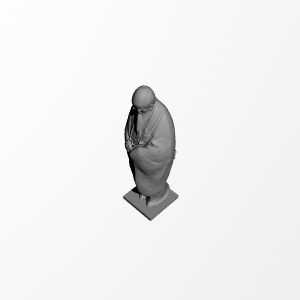 ×
3 collections where you can find Lao Tse by Nandor Wagner (Garden of Philosophy, Budapest) by artsomnia.art