3D
Scan The World
1,584 views 81 downloads
Community Prints Add your picture
Be the first to share a picture of this printed object
0 comments

This is a large bronze sculpture depicting a seated woman (Sibilla)

The Sibyls (Sibilla)  were women that the ancient Greeks believed were oracles. The earliest sibyls, according to legend, prophesied at holy sites. Their prophecies were influenced by divine inspiration from a deity; originally at Delphi and Pessinos, the deities were chthonic deities. In Late Antiquity, various writers attested to the existence of sibyls in Greece, Italy, the Levant, and Asia Minor. 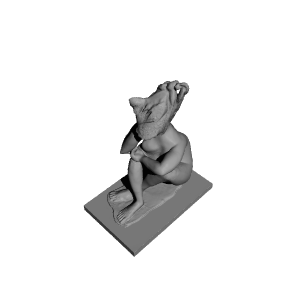