3D
Scan The World
5,681 views 108 downloads
1 collection
Community Prints Add your picture
Be the first to share a picture of this printed object
0 comments

Lavinia Agache (-Carney) (born 11 February 1968 in Căiuţi, Bacău) is a retired Romaniangymnast. She had a successful senior career, winning 10 medals at major international events. She won the team gold at the 1984 Olympics and the team silver at the 1983 Worlds. Individually she won an Olympic bronze medal on vault, three medals at the 1983 Worlds (silver on vault and uneven bars, and bronze on beam) and four medals at the 1983 European Championships (gold on beam, silver on all around and uneven bars, and bronze on vault). 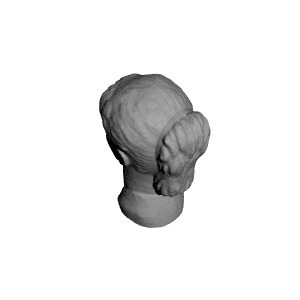 ×
1 collections where you can find Lavinia Agache bust in Deva, Romania by apllana