3D
Scan The World
5,138 views 116 downloads
3 collections
Community Prints Add your picture
Be the first to share a picture of this printed object
0 comments

Lavinia Corina Miloșovici (born October 21, 1976 in Lugoj) is a Romanian Olympic gymnast.An exceptionally successful athlete on the international competition circuit, Miloșovici, also known as "Milo" in the gymnastics community, is considered to be one of Romania's top gymnasts of the 1990s and one of the most prolific female all-around gymnasts of the decade, earning a total 19 World Championships or Olympic medals in a span of six years. She medalled in every single World Championships meet, Olympic Games and European Championships between 1991 and 1996, and is only the third female gymnast ever, after Larisa Latynina and Věra Čáslavská, to win at least one World Championships or Olympic title on all four events. Miloșovici was also the last gymnast along with Lu Li to ever receive the perfect mark of 10.0 in an Olympic competition and the last to receive the benchmark score of 9.95 at the World Championships. She was inducted into the International Gymnastics Hall of Fame in 2011. Her trademarks include her four-event mastery, consistency, longevity and versatile skill set, as well as her leadership abilities. 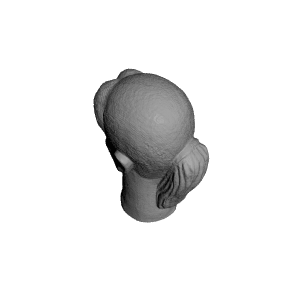 ×
3 collections where you can find Lavinia Miloșovici bust in Deva, Romania by apllana