3D
8,056 views 554 downloads
9 collections
Community Prints Add your picture
Be the first to share a picture of this printed object
1 comments

What kind of medic purposely lets his comrades die? One with a badass gun and the ability to restore life to the dead. Slipping past predators with a Silenced Sniper Rifle and Personal Cloak, Lazarus brings fallen allies back from death – even if they're now technically zombies. 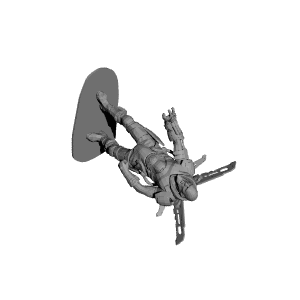 ×
9 collections where you can find Lazarus from Evolve by MyMiniFactory