3D
Scan The World
2,460 views 93 downloads
1 collection
Community Prints Add your picture
Be the first to share a picture of this printed object
0 comments

Marisol's wood construction portrays United States president Lyndon B. Johnson holding diminutive portraits of his wife and two daughters in the palm of his hand. The artist rendered their smiling faces on forms shaped after gray house wrens—a reference to Johnson's wife, known as Lady Bird. In contras Marisol’s portrayal of LBJ is biting: he is shown as a blockhead, replete with a grimacing face and protruding ears, nose, and chin. His towering, coffinlike figure seems to evoke the circumstance under which he became president—the assassination of John F. Kennedy—and his controversial role directing the Vietnam War. LBJ was made at the height of Johnson’s unpopularity, about which the president said, "I am a dominating personality, and when I get things done I don’t always please all the people." 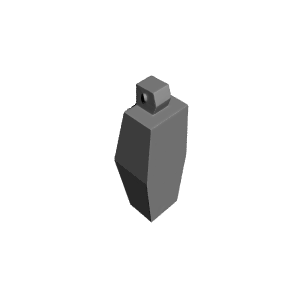 ×
1 collections where you can find LBJ at MoMA, New York by Scan The World