3D
360°
1,021 views 10 downloads
Community Prints Add your picture
Be the first to share a picture of this printed object
0 comments

This object was made in Tinkercad. https://www.tinkercad.com/things/haNqDuYSuel

Lenny the lizard was born in 1914 on the Portuguese colony of Fernando Po now known as Bioko In a small town the natives call San Antonio de Ureca. He was part of a small troop of lizards that protected the reserva cientifica de la caldera de san Carlos. He was to inherit the lead chief once he came of age. His mother’s name was Minenhle. she was the troop’s nurse, who aided them after their bloody battles. He never knew his father, for he died before he was born. Lenny missed his father dearly but his father would always watch him from the stars. Every lizard had their own unique scales. Lenny’s scales were like the stars they lived under. When a new star was born, he would gain strength. He used his strengths and wits to lead the army against a neighboring town, Luba. Luba was an awful place. It was a huge logging industry that threatened their sanctuary. Many soldiers were lost in the horrid battles to stop the logging. The people would cage the lizards of try to catch them in traps. Many of Lenny’s friends were caught and never seen again. Lenny was born with large spikes on the top of his head. These proved great for fighting in the battles. The people would catch him every so often and wrap chains around his body

and cage him. He would always escape them, but he had mementos of the occasions. With the horrors of his past, Lenny grew stronger and stronger with every passing day. He and his battalion eventually took luba over and turned Fernando Po into a heaven for all creatures whose homes were destroyed. reserva científica de la caldera de san Carlos was safe. This is the story of Lenny the Lizard.

Lenny may be a bit violent, but he always protects those who are weak and in need of help. He is friendly and kind and his personality is contagious. Because of this, he is friends with global leaders and important celebrities from all over the world. Air ball champion Thunderdood, Princess Bella, ruler of the castle of the wings, Dr. Dewey,(who has a phd in sledding), Roberto the unique monster, and many other amazing creatures. Lenny’s story inspires you to never give up and fight for what you love no matter what. He is determined in all that he loves. He hopes he can make the world a less ruthless place. 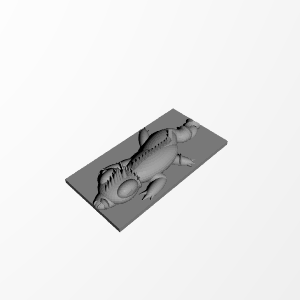 ×
0 collections where you can find Lenny by Val1