Leo the Thracian at The Louvre, Paris

3D
Scan The World
3,710 views 118 downloads
Community Prints Add your picture
Be the first to share a picture of this printed object
0 comments

Leo the Thracian at The Louvre, Paris

The naturalist style of this portrait of Emperor Leo I (also known as Leo the Thracian) comes as a counterpoint to the geometric style traditionally found in in fashion in the time of Theodosian emperors. The head is made of alabaster.

Ruling the Eastern Empire for nearly 20 years, Leo proved to be a capable ruler. He oversaw many ambitious political and military plans, aimed mostly for the aid of the faltering Western Roman Empire and recovering its former territories. He is notable for being the first Eastern Emperor to legislate in Greek rather than Latin. He is commemorated as a Saint in the Orthodox Church, with his feast day on January 20. [a]

(source; louvre and [a] wikipedia) 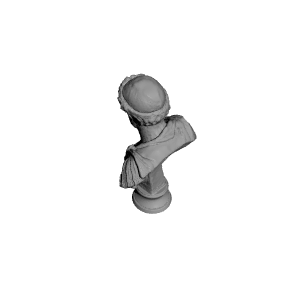 ×
0 collections where you can find Leo the Thracian at The Louvre, Paris by Scan The World