3D
3,385 views 313 downloads
2 collections
Community Prints Add your picture
Be the first to share a picture of this printed object
0 comments

This is a 3d model of the Leon cathedral build in the XIII century on the site of previous Roman baths of the 2nd century. In the end of the XIX century was restored restored becuase of its fragile structure due to the de-materialization of the walls replaced by stained glass 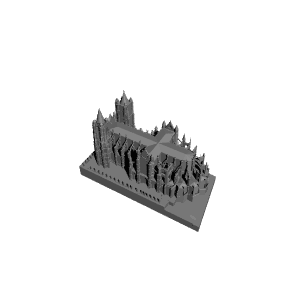 ×
2 collections where you can find León Cathedral by juanmi_260