This is a very important and well-known high relief named “Les Chevaux Du Soleil” which is situated in Hôtel de Rohan 87 rue Vieille du Temple. This scene depicts for magnificent Apollo’s horses leaping in the clouds with dishevelled manes, neighing. One of them is drinking from a large basin presented to him by a naked, vigorously muscular Ephebe. In the background, a representation of the sun rays can be seen behind the clouds. 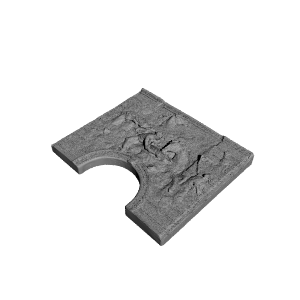