3D
Featured Scan The World
1,961 views 44 downloads
Community Prints Add your picture
Be the first to share a picture of this printed object
0 comments

Sculptor and Poet Stephen Duncan started creating his tender and evocative sculpture whilst at the British School in Rome. He began casting the enormous Acanthus leaves that grow all around the classical Forum in Rome, and are features atop classical columns as a symbol of everlasting life. The metaphor between leaf and human anatomies appealed to Duncan – how one describes leaves having a ‘body’ with a spine, ribs and veins. “I particularly like the sensuality of leaves and how we might see analogies between leaves as a skin and our own.”

This series of work – the “Arcadia Series” – won the Critics Prize at the Milan MIART and has been extensively shown in the UK, including a presentation at Tate Modern 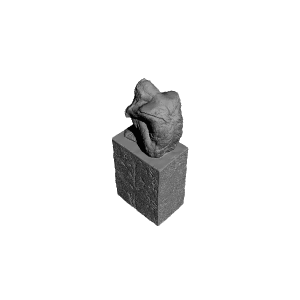 ×
0 collections where you can find Leaf Memory by PAULA_SOLA