I made this to support my television in the middle because it only has little legs way out on the ends.  I removed material underneath to give me a place to store my tv remote(s) or my raspberry pi(s) or my external hdd(s).

I use two of these to support the television because my television has the power button in the center.   While I originally made this for my LG television, this also works really well for my Seiki TV. 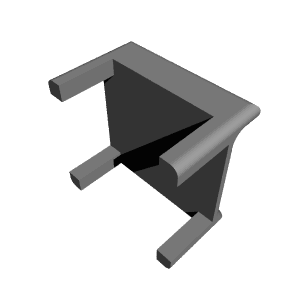 ×
0 collections where you can find LG Television Stand by iandaemon
×
Alex V
@TheComputerGuy132
0
Printed on: Anet A8
Material: PLA
Posted at: 25th June 2022